Today’s project was Lizzie Kate’s Snowman 2010. He’s a cute little guy, and he’s got lots of turquoise, so what’s not to love! 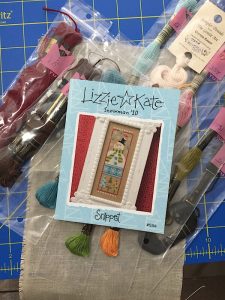 This little guy was an easy one to get started. I had originally planned on taking him on a road trip, because I knew that the nice blocks of color would be easy to stitch in the car. We ended up not doing the road trip, so I took him out to the pool deck instead. (I also didn’t do a Stitch with Me video on this day. Even though I ended up not going on the trip, I decided to give myself the day off from recording.) 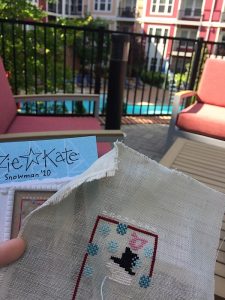 I don’t think I got quite half of him done, but when I do get back to this one, I will probably be able to finish it in a couple of days. I plan on making this into a pillow, even though it is rather tall. We shall see. 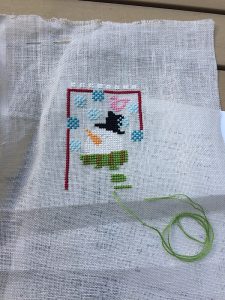 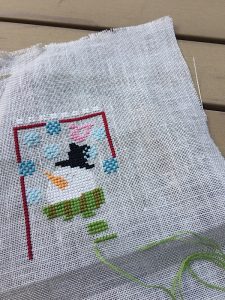 And speaking of seeing, I decided that my poor little snowman at least needed some eyes until I could get back to him, so I stitched them in real quickly before doing my Day 24 Stitch with Me video. Here’s what he looks like with eyes. 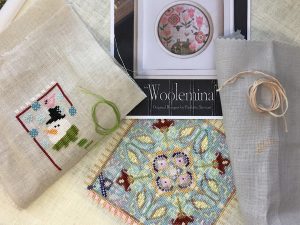 The above photo shows a preview of the next day’s project, Woolemina! She sure is pretty and I’m looking forward to stitching her up!